FAIRFIELD — The Democratic candidate for the 28th District’s State Senate seat has been recognized again by an organization in favor of gun legislation reform.

According to a press release, Michelle McCabe was awarded the 2020 Moms Demand Action for Gun Sense in America candidate distinction for the second time.

The organization’s website says Moms Demand Action is a grassroots movement fighting for public safety measures that can protect people from gun violence. 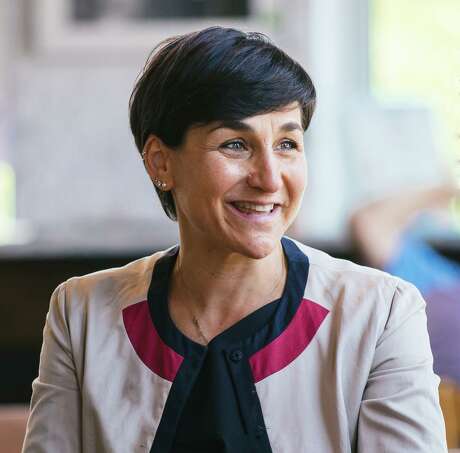 The release said McCabe also received the Moms Demand Action Gun Sense Candidate distinction in 2018. McCabe was one of only two candidates in Connecticut to be endorsed by Everytown for Gun Safety.

McCabe, a long-time Fairfield resident and mother of three, is the director of the Center for Food Equity and Economic Development at The Council of Churches of Greater Bridgeport. She said she was proud to be recognized for her support of strong gun safety legislation a second time.

“With gun violence on the rise, we need elected officials we can count on to consistently support policies that keep us safe,” McCabe said.

The release said more than 100 Americans are shot and killed every day on average, and twice that many wounded.

“While Connecticut has the fifth lowest rate of gun violence in the United States,” McCabe said, “there is still much work to be done to reduce gun homicide rates, reduce the flow of illegal weapons and ensure that our gun laws protect all members of our community, including people of color.”